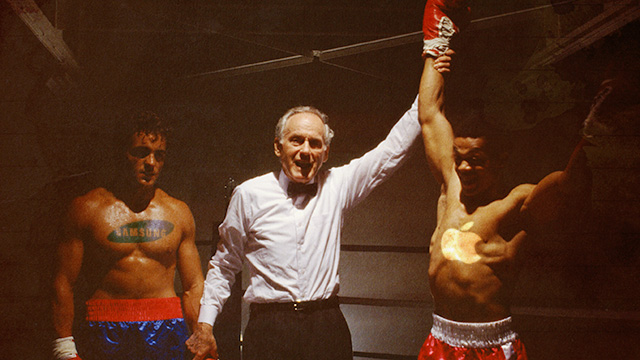 A jury of seven men and two women has just read the Apple v. Samsung verdict to a packed courtroomâ€”and it was all bad news for Samsung. The Korean electronics giant has been found to infringe all of Apple’s utility patents and all but one of the four design patents asserted, and was ordered to pay more than $1.05 billion in damages to Apple.

That’s less than the $2.75 billion Apple asked for, but still a huge sum. If it holds up on appeal, it will stand as the largest patent verdict of all time. More importantly, it gives Apple a huge leg-up in the corporate patent wars, and immeasurably strengthens the company’s negotiating position with regard toÂ the Android phones it is struggling against.

Samsung has been the number one seller of smartphones in the U.S. in the past few years, and this verdict could alter the balance of power. Apple’s ultimate target is Google, which created the Android operating system that runs on Samsung smartphones. Steve Jobs thought Android was a rip-off of Apple products, and vowed to declare “thermonuclear war” on the competing OS, according to his biography. 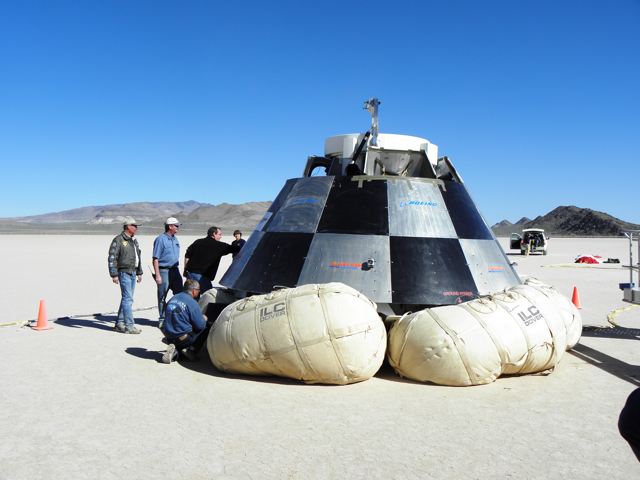 NASA announced the two and a half winners of the third Commercial Crew development round this morning. The winners were SpaceX ($440M), Boeing ($460M) and Sierra Nevada Corporation ($212.5M), although those allocations are subject to Congressional approval.

Today’s awards give a huge advantage to the three companies that got them, because competitors will need to fund their own development in its entirety. On the other hand, by partnering with the competitors, NASA has managed to seed the development of five different manned space vehicles for under $1B so far, a leap forward for the evolving space passenger market. They’ve paid for it on a reward-for-progress basis, handing out pre-agreed amounts of money for each specified milestone.

SpaceX was well ahead of the other two competitors because of the unmanned Dragon, which has already berthed with the International Space Station. The company has borne the brunt of the development costs itself, putting in about $300 million of its own money in addition to about $75 million from NASA. DragonRider, the nickname for the manned Dragon spacecraft, will probably fly its first manned flight in 2015, coming down for an ocean landing with the aid of parachutes. However, SpaceX has completed the development of the SuperDraco thruster, which will serve primarily as a launch abort system but also allow the DragonRider to make powered landings on solid earth without parachutes.

The female badminton players have been booted from the London Olympics for purposely trying to lose. The players from Indonesia, South Korea and China had been charged with “throwing” group stage contests to secure an easier draw through the Olympic tournament.

Liquid oxygen and kerosene, that’s what fuels China’s new — and freshly tested — rocket engine. When fired up on Sunday, it withstood temperatures as high as 5,432 degrees Fahrenheit (3,000 degrees Celsius) for 200 seconds and powered through almost 20,000 revolutions per minute in a rotational test. “The successful tests confirm the reliability of China’s LOX / kerosene engine,” test commander Lai Daichu told China Daily. According to China Central Television, the engine is non-toxic, pollution-free and the first of its kind for which China holds proprietary intellectual property rights — though similar engines have been used by other space agencies. The engine is on track to lend the upcoming Long March 5 rocket a total of 118 tons of thrust, giving it enough oomph to launch a 25-ton payload into low-earth orbit or 14-ton cargo into geostationary orbit. Its expected to haul additional portions of the country’s space station and aid lunar exploration, but the first voyage isn’t slated until 2014.

For eight years, Bill Keller was the Executive Editor of the New York Times. Today, he’s a full-time writer for the paper of record, and when he talks, people listen. In fact, it turns out people listen even when it’s not actually him talking. MoreÂ Â»

China has charged Gu Kailai, the wife of disgraced party official Bo Xilai, with the murder of a British businessman â€” the latest sensational twist in China’s biggest political scandal in decades.

The NCAA today handed down a series of penalties against Penn State University that include a ban from post-season football bowl games for four years, a $60 million fine, the loss of Joe Paterno’s victories from 1998-2011, and the loss of football scholarships, over its handling of a sex abuse scandal involving Jerry Sandusky, former assistant football coach. For more on this development, Steve Inskeep talks to NPR’s Joel Rose.