A change to US law means patent and trademark officials must allow the public to report that a patent claim is bogus because the technology is already in use. Thatâ€™s led to the creation of a dedicated website for making such reports.

The change comes in the America Invents Act, which became law last year. The clause in question took effect from September 16 this year and states that â€œAny person at any time may cite to the Office in writing prior art consisting of patents or printed publications which that person believes to have a bearing on the patentability of any claim of a particular patentâ€¦â€

Prior art means the process put forward for patent can be shown to have already been used anywhere in the world. If accepted, prior art will usually kill a patent application.

The legal change is significant because patent examiners have only a limited time (around 20 hours) to review each application, making it difficult if not impossible to look in every place an â€œinventionâ€ might have been used before.

The US Patent and Trademark Office has now asked for the help of Stack Exchange. Thatâ€™s a company that runs dozens of question and answer sites where users can vote for how useful submitted answers are to give them added prominence: think Yahoo! Answers without the dribbling idiots.

Stack Exchange is working alongside the USPTO and Google Patent Search to produce Ask Patents, a searchable database with tags for keywords, classification and patent number. Once somebody submits an example of prior art, readers can vote on whether they think it is indeed a match. Patent officials can then concentrate on the submissions that appear most credible evidence of prior art.

According to Stack Exchange:

Collectively, weâ€™re building a crowd-sourced worldwide detective agency to track down and obliterate bogus patent applications. Over time, we hope that the Patent Stack Exchange will mitigate the problems caused by rampant patent trolling. Itâ€™s not a complete fix, but itâ€™s a good start.

A federal appeals court on Wednesday said the authorities do not need probable-cause warrants to enable them to track a suspect’s every move via the GPS signals emitted from a suspect’s mobile phone. The decision, a big boost for the government’s surveillance powers, comes as prosecutors are shifting their focus to warrantless cell-tower locational tracking of suspects in the wake of a Supreme Court ruling in January that law enforcement should acquire probable-cause warrants from judges to affix GPS devices to vehicles and monitor their every move. 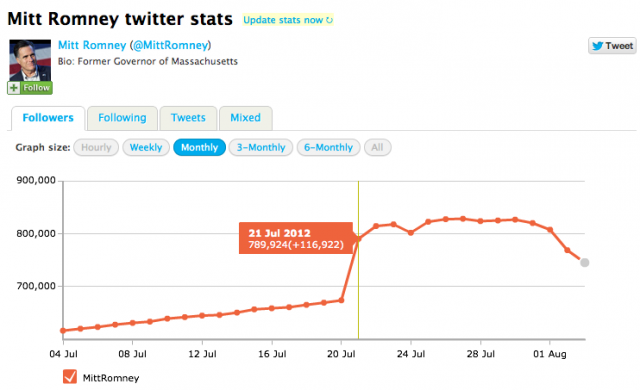 More than 15 percent of Mitt Romney’s Twitter followers may be generated by paid services that use fake accounts to artificially inflate the number of people subscribed to the presumptive Republican nominee for US president, according to a new report.

The reportÂ comes fromÂ researchers at security firm Barracuda Labs, and it cites the addition last month of 116,922 followers to @MittRomney in a span of just 24 hours. The infusion on July 21 represented a 17-percent spike in accounts following Romney. A quarter of those new accounts were less than four days old, and 23 percent of them had never issued a single tweet. Ten percent have since been suspended by Twitter for unspecified reasons.

“Based on the above distinguishable features, we believe most of these recent followers of Romney are not from a general Twitter population but most likely from a paid Twitter follower service,” Barracuda Labs Research Scientist Jason Ding wrote in the report. Such services allow customers to buy followers for any Twitter account, he stressed, so it’s not clear if the fakes were purchased by Romney, his supporters, or his political foes.

While occasionally amusing, patent wars between tech companies are always expensive, often needless, and sometimes stymie creativity. Now, though, the House of Representatives is considering a bill which could help reduce the number of cases we see. MoreÂ Â»

China has charged Gu Kailai, the wife of disgraced party official Bo Xilai, with the murder of a British businessman â€” the latest sensational twist in China’s biggest political scandal in decades. 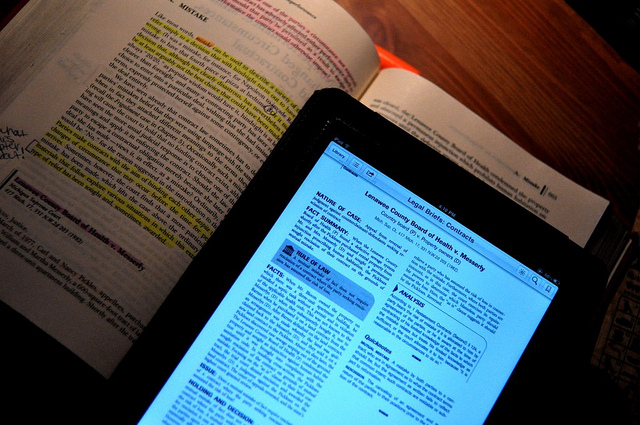 The US Department of Justice says it plans to move forward with its proposed settlement with some e-book publishers, despite the “self-serving” comments submitted by Apple. In a 64-page response (PDF) to the comments it received on the settlement, the DoJ reiterated its reasons for suing Apple and publishers, accusing Apple of continuing to offer solutions that are “contrary to the public interest.” That’s a no-no, even if the old system pushed by Amazon was a “monopoly.”

When the DoJ first sued Apple, Hachette, Harper Collins, Macmillan, Penguin, Pearson, and Simon & Schuster in April of 2012, it said the companies had actively conspired to raise e-book prices. This allegedly forced consumers to “pay tens of millions of dollars more for e-books than they otherwise would have paid” since the iPad’s launch in 2010, both as a result of the iBookstore’s prices and Amazon’s eventual decision to adopt the same “agency model” pricing scheme that same year.

Three of the publishersâ€”Hatchette, HarperCollins, and Simon & Schusterâ€”immediately agreed to settle with the DoJ, leading to a slew of commentary being submitted from the public, publishers, and even Apple. And now that the comment period is over, the DoJ appears to feel even more strongly about its original complaint. In its response, the DoJ reiterated that it conducted a “lengthy investigation” into the e-book price increases of 2010 that “uncovered significant evidence that the seismic shift in e-book prices was not the result of market forces, but rather came about through the collusive efforts of Apple and five of the six largest publishers in the country.”