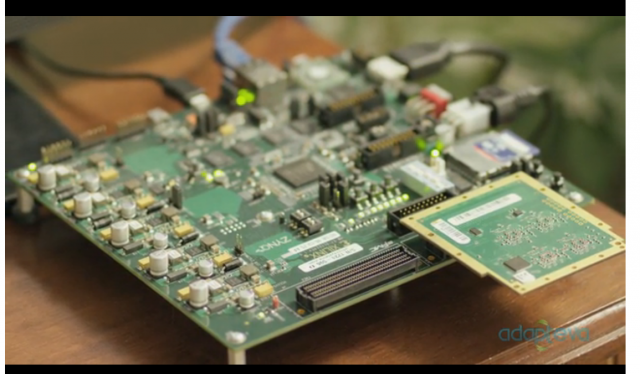 A prototype of Parallella. The final version will be the size of a credit card.
Adapteva

A month ago, we told you about a chipmaker called Adapteva that turned to Kickstarter in a bid to build a new platform that would be the size of a Raspberry Pi and an alternative to expensive parallel computing platforms. Adapteva needed at least $750,000 to build what it is calling “Parallella”â€”and it has hit the goal.

Today is the Kickstarter deadline, and the project is up to more than $830,000Â with a few hours to go. (UPDATE: The fundraiser hitÂ $898,921 when time expired.)Â As a result, Adapteva will build 16-core boards capable of 26 gigaflops performance, costing $99 each. The board uses RISC cores capable of speeds of 1GHz each. There is also aÂ dual-core ARM A9-based system-on-chip, with the 16-core RISC chips acting as a coprocessor to speed up tasks.